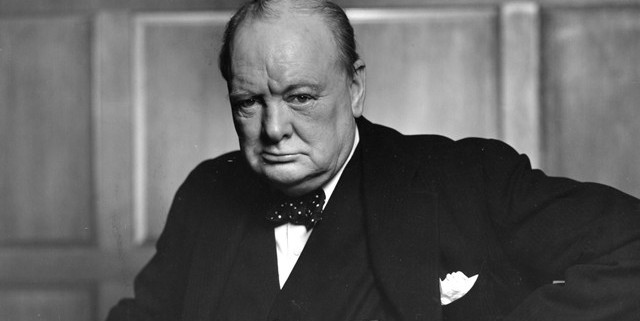 Sir Winston Churchill came from a time when wit was often to be found in an elegant turn of phrase or clever use of language. Of course, there was still humour to be found in the slapstick world of Laurel and Hardy or Abbott and Costello, but the wordsmiths of the day did not need to resort to the occasional expletive to get a cheap laugh as some of them do today.

For another example of a keen wit, and a little earlier in time, a lady notorious for courting celebrities sent George Bernard Shaw an invitation reading: “Lady — will be home on Tuesday between four and six o’ clock.” Shaw returned the card annotated elegantly, politely and with brevity, “Mr. Bernard Shaw – likewise.”

So, Sir Winston, well known for his pithy remarks is credited with saying that “democracy is the worst form of government except for all the others that have been tried”. Is it possible that he might have said:

“mediation is the worst form of dispute resolution except for all the others that have been tried”?

The truth of the matter is, while I agree with Sir Winston Churchill’s remarks about democracy, I am not at all a believer in the merits of my own prediction of what he might say about mediation.

In discussions with colleagues from the insurance market, and often times the lawyers acting for them, I have come across some views that would support the above notion and probably an equal number that would not. Like so many initiatives that move away from age-old practices, there are usually two main drivers of one’s view of the new way. Firstly, there is the willingness to change. Secondly, there is the initial experience of the process, driven by the operation of the proceedings, the outcome and, to some extent, how those measure up against your expectations of the new way. There is a danger here, however, that for the naysayers this could become a self-fulfilling prophecy. It is really important to keep an open mind as the process is experienced for the first few times.

Keep in mind that as disputes have arisen through the years the directed decision making of a finder of fact, be it judge, jury or arbitration panel, has been the way of the world. Mediation is relatively young when you consider King Solomon was making parental rights’ decisions over two thousand years ago!

Mediation may be the best form of dispute resolution or indeed the worst but it is the only process that remains confidential, without prejudice, focussed on the interests of the parties and only settled when all sides to the dispute unequivocally agree to a solution and, most importantly, nobody has the solution imposed upon them.

Mediation is starting to take a stronger foothold in the process of dispute resolution in the UK and Europe with mixed success. In Italy, for example, compulsory mediation of civil and commercial disputes was introduced in March 2011 and two things happened. First there was a rush of lawsuits being filed before the effective date of the new requirement came in, in order to avoid the requirement. Secondly, the lawyers were very reluctant, particularly on the plaintiffs’ side to participate actively. In particular, the OUA (Unitarian Body of Lawyers) organised many strikes all over Italy against the regulated mediation mechanism.  These tactics, however, have not delayed the inevitable progress of the requirement becoming routine and it is likely we will see the same change here in the United Kingdom. The NHSLA has just embarked on a process of putting together a panel to assist them in mediating some medical negligence and civil liability lawsuits filed against the NHS, as well as resolving cost-related disputes by way of mediation. Informed sources predict the Ministry of Justice and the Ministry of Defence will be following suit in due course.

The truth remains that many people are either uninformed, or misinformed, about the process. I have been asked over the years if I was prepared to enter into “binding mediation”. Here is the first big misunderstanding. The parties bind themselves to the solution if, and only if, they like it. If it is not in their interests, or they are unsatisfied with the details of the proposal, then there is no obligation to agree and there is no person telling them that “the solution is the solution”.

What they do have to consider of course is the alternative course of action. In Getting to Yes[1], an excellent read for anyone being involved in negotiation or mediation whether as party, counsel or mediator, Fisher and Ury introduce the concept of the Best Alternative To A Negotiated Agreement or BATNA. This is where one considers what is on the table and weighs it against the best, of many, outcomes that may arise in the absence of making a deal during the mediation process.

So at the appropriate time the mediator may ask all sides to the dispute to consider their BATNA but only for them to evaluate the proposal and give proper consideration to saying either “Yes” or “No” to what is available.

This ‘non-binding until it is agreed’ method of making proposals, offers and counter-offers is tied inextricably to the without prejudice and confidential nature of the process. Parties can share information about their case, and their view of success or otherwise, as well as what is important to them in finding a solution to the problem with the mediator in complete confidence. They know that only if they give their express permission will said information be shared with any other party to the dispute. It is the unique role of mediators, as they are not finders of fact, which allows them to take on board this information and hold it in confidence. Equally, the parties are able to share it without having any concern that it will affect the outcome of their case or prejudice a fact-finder against them. Only mediation has this factor, which I see as not only the key difference with other forms of dispute resolution process. I also see this as the main reason that in the long run it will become the preferred method of resolving commercial and other disputes.

Returning to Winston then, my view would be that while democracy probably is the worst form of government apart from all the others, and in the same way as there are different approaches to electing governments using a democratic process, first past the post, proportional representation, electoral colleges etc., there will be different approaches to the mediation process depending on the circumstances of the case and the parties involved. Nevertheless, my revised quote would be that “Mediation is the best form of dispute resolution, especially when one considers the shortcomings of all the others.”

A complete answer to a changing legal landscape?